A polypectomy is a procedure used to remove polyps from the inside of the colon, also called the large intestine. A polyp is an abnormal collection of tissue. The procedure is relatively noninvasive and is usually carried out at the same time as a colonoscopy.

There are mainly two types of polypectomy,

Polypectomies are safe, with a low rate of complications. The procedure is noninvasive, causes only mild discomfort, and you should be fully recovered in two weeks.

Why Polypectomy in Turkey?

Best Hospitals for Polypectomy in Turkey Istanbul
Beştelsiz, 101. Sk No:107, 34020, Avrasya Hospital, 34197 Zeytinburnu/İstanbul, Turkey
24 hours open
Beştelsiz, 101. Sk No:107, 34020, Avrasya Hospital, 34197 Zeytinburnu/İstanbul, Turkey
Forever Clinica Istanbul Forever Clinica was first well-known for its accomplishments in the hair transplantation industry when it opened its doors in 2015. With years of practice and experience, we improved our work by performing it more frequently daily. Now, we perform thousands of aesthetic surgeries and continue to serve our thousands of satisfied customers with pleasure. Our clinic now provides all plastic and aesthetic procedures. Top medical specialties include breast augmentation, dentistry, face-body aesthetics, hair transplantation, and obesity surgery. Forever Clinic has treated thousands of patients from all over the world and completed over 9,000 surgeries. We provide all-inclusive medical packages that include VIP airport transfers, interpreter services, accommodation at 5-star hotels, and 24/7 live assistance. We also offer treatments at highly affordable prices. Our clinic is one of the most popular clinics for medical tourism. More than 40 specialists and medica Istanbul
Avrupa Ofis, Kat:8, Ataköy 7-8-9-10, E-5, Yan Yol Cd 34158 Bakırköy/İstanbul
24 hours open
Avrupa Ofis, Kat:8, Ataköy 7-8-9-10, E-5, Yan Yol Cd 34158 Bakırköy/İstanbul
Natural Clinic Natural Clinic is one of the world's best and top aesthetic hospitals. At Natural Clinic, we use the most up-to-date technology to deliver effective solutions and the highest standard services to satisfy the needs and preferences of our patients. With 5,000 m2 of floor space and more than 55 surgical rooms, Natural Clinic has treated over 30,000 patients from more than 90 different countries. Our aesthetic center, situated in the heart of Istanbul, provides a range of specialties, including breast, body, and face aesthetics. In addition, we provide the most affordable prices for all types of aesthetic treatments in Turkey. We are here to offer you top-notch medical care from a team with more than ten years of experience. Our medical group comprises surgeons who are fluent in several languages and have a great deal of experience in giving compassionate treatment. Natural Clinic remains a popular destination for famous celebrities and welcomes several public figur Istanbul
Erenköy, Bağdat Cd. No:343 D:3, 34730 Kadıköy/İstanbul, Turkey
24 hours open
Erenköy, Bağdat Cd. No:343 D:3, 34730 Kadıköy/İstanbul, Turkey
Estpoint Aesthetic and Hair Center Estpoint Aesthetic and Hair Center, which opened its doors in 2005, is a reputable aesthetic clinic that treats patients worldwide. Estpoint is a Plastic Surgery Hospital established to provide world-class services for you with state-of-the-art technology, infrastructure and board-certified plastic surgeons. Estpoint has received accreditation from Joint Commission International (JCI). With a patient-oriented service model and a multidisciplinary approach, we provide care alongside our doctors and staff members who are leaders in their professions. Plastic surgery, hair transplantation, weight reduction surgery, dental aesthetics, and other procedures are all offered at our clinic at affordable prices. Our medical team comprises more than 100 doctors with 15 years of expertise. With more than 90,000 successful plastic surgery and hair transplant procedures, we are still expanding. Patients choose Estpoint as their top location for cosmetic proce 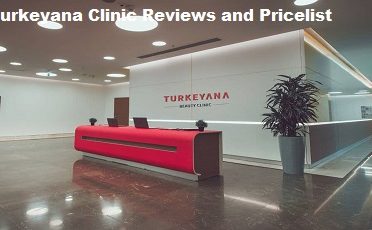 Istanbul
Zeytinlik mah Kennedy Cad. No:24 İç Kapı No:1, 34140 Bakırköy/İstanbul, Turkey
24 hours open
Zeytinlik mah Kennedy Cad. No:24 İç Kapı No:1, 34140 Bakırköy/İstanbul, Turkey
Turkeyana Clinic With over 10 years of experience in Istanbul, Turkey, Turkeyana Clinic is your gate to all beauty services. We guarantee to give you the best services in hair transplantation, cosmetic surgery, and cosmetic dentistry using the most up-to-date technologies available. Turkeyana Clinic, which started its journey in 2012 with the goal of excelling, has been certified by the Ministry of Health for providing community health services. We are proud to say that 95% of our clients are satisfied with our work, giving them the opportunity to live happily ever after. Every day, we're happy to provide more than 500 free personal and professional diagnosis. We offer a variety of surgical and non-surgical cosmetic procedures performed by highly skilled, outstanding professionals. When it comes to plastic surgery, we at Turkeyana Clinic believe that "beauty is a natural integrated image." As a matter of fact, we place more emphasis on the overall appearance than just the area Istanbul
Esentepe, Keskin Kalem Sok. No:1, 34394 Şişli/İstanbul, Turkey
24 hours open
Esentepe, Keskin Kalem Sok. No:1, 34394 Şişli/İstanbul, Turkey
Istanbul Aesthetic Center One of Turkey's most well-known centers for plastic surgery is Istanbul Aesthetic Center. Each year, more than 6,000 people come here for aesthetic operations. Istanbul Aesthetic Center is ISO 9001-2008 accredited, which implies a high level of  patient-focused service. Our clinic was established to provide top-notch services for you with state-of-the-art technology and board-certified plastic surgeons. Some of the top medical professionals at our clinic are Prof. Dr. Gürhan OZcan, Dr. Ergin Er, Dr. Aylin Turan, Dr. Y. ILker Manavbaşi, and Dr. Mete Aksu. Our clinic's most popular operations include hair transplantation, VASER liposuction, breast augmentation, face and body lifts, and teeth whitening. Istanbul Aesthetic Center is located at the heart of the city, near to all modes of transportation. For the ease and comfort of our patients, we have standard and VIP patient rooms. We provide patients' families the same importance that we give to our Istanbul
Nurol Tower İzzetpaşa, Yeni Yol Cd. No:3, K:23, D:01, 34381 Şişli/İstanbul
24 hours open
Nurol Tower İzzetpaşa, Yeni Yol Cd. No:3, K:23, D:01, 34381 Şişli/İstanbul
Dr. Mehmet Emre Dinc Clinic Turkey is a popular destination for rhinoplasty procedures among patients from all across the world. Many desire to get their noses corrected at the most prestigious rhinoplasty clinics and the Assoc. Prof. Dr. Mehmet Emre Dinç Clinic is one of those facilities, a clinic that specializes solely in rhinoplasty surgery. Dr. Mehmet Emre Dinç, a surgeon and ENT specialist with over 15 years of experience, established the Dr. Mehmet Emre Dinc Clinic, a Rhinoplasty center providing all types of nose aesthetic surgeries in Turkey. His Rhinoplasty Center provides a variety of ENT and aesthetic treatments at the lowest cost in the industry. Our clinic provides top-notch patient care while using the latest technology in the medical industry. In Turkey, our clinic has a solid reputation for conducting successful nose jobs. At our clinic, the wellbeing of patients is our top priority. To get results that meet the patient's needs and expectations, Dr. Dinç ch Istanbul
(Quasar Istanbul Tower) Office No. 1205 Fulya, Büyükdere Cd. No:76, 34394 Şişli/Istanbul/ Turkey
24 hours open
(Quasar Istanbul Tower) Office No. 1205 Fulya, Büyükdere Cd. No:76, 34394 Şişli/Istanbul/ Turkey
Dr. Seckin Ulusoy Plastic Surgery Center Turkish clinics offer rhinoplasty at some of the most affordable rates without compromising quality, even though fact that this treatment is usually pricey. For this reason, thousands of people visit Turkey yearly to get a top-notch nose job at a far lower cost. One of the top medical facilities for patients from all over the world is the Assoc. Prof. Dr. Seçkin Ulusoy plastic surgery center in Istanbul, offering exceptional rhinoplasty surgery at affordable prices. Our sole area of expertise and specialization is nose surgery, particularly rhinoplasty. For more than 20 years, Professor Dr. Seckin Ulusoy has practiced otolaryngology in Istanbul, Turkey. He is an expert in rhinoplasty, Otolaryngology (ENT) and Facial Plastic Surgery.  He has performed over 7,000 successful nose operations on thousands of satisfied patients. Dr. Ulusoy provides nose reconstruction, corrects cosmetic deformities of the nose, and manages all aspects of up Which is Best Polypectomy Hospital in Turkey?

What is Polypectomy cost in Turkey.

What is Polypectomy success Rate in Turkey?

Create your own review
Polypectomy in Turkey
Average rating:   0 reviews